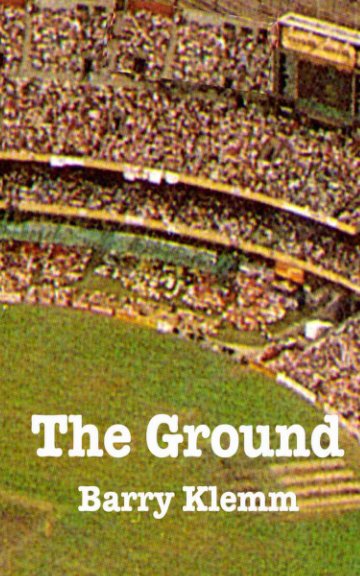 England and Australia met to fight out a historic test match before a huge rampant crowd, a frightening, insatiable monster with 80,000 mouths and unbridled passionate power that keeps in the dungeons below the grandstands a contingent of slaves who must attend its every need - the players, administrators, police and the staff of The Ground. For the thundering horde creates continual chaos over the five days of the test match, and a small team works tirelessly to keep the madness within manageable bounds.
We focus on Einstein, a clever young urban aborigine upon whose slim shoulders the responsibility for the upkeep of the stadium will increasingly fall. The laws of the game are those of time-honoured traditions and national honour, but Einstein could not care less about the battle between the colonials and their masters taking place on the arena for the traditions and honour at stake are not his. Yet still, by devotion to his boss Harry Forth, by his mismatched affair with the PR girl Camellia Musgrove, and by the allpervading notion that the show must go on, he is drawn deeper and deeper into the vortex.
In the middle of it all, Harry collapses and Einstein must take control. Without Harry, the fabric that holds it all together begins to unravel, and only Einstein can prevent everything from total colapse. To do so, he must become pseudo-Harry, playing by Harry's iron-will rules. Everyone turns against him because those rules say that everyone must, and even the woman who loves him must betray him, because that too is all part of the game. Resolute Einstein hangs on, and wins through in the end, though only with the help of the unexpected emergence of a great hero just when he is needed most, and the unwitting aid of a rabbit in a cage that is a long way from home.

Barry Klemm enjoyed an array of abandoned careers before resorting to literature. He was a crane jockey, insurance clerk, combat soldier, advertising officer, computer programmer, cleaner, stagehand, postman, sports ground manager, builder's labourer, taxi-driver, film and TV scriptwriter and radio dramatist. He has published two novels for teen-age readers, The Tenth Hero, in 1997, and Last Voyage of the Albatross in 1998 through Addison Wesley Longman and Running Dogs, a novel of the Vietnam War by Black Pepper in 2000.