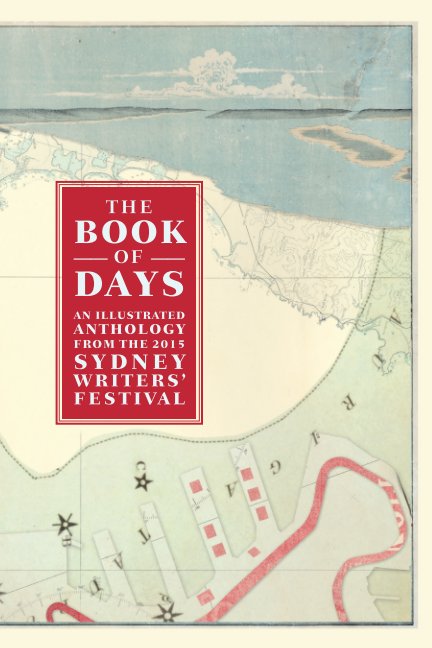 The Book of Days (Paperback)

An illustrated anthology from the 2015 Sydney Writers' Festival

by Edited and designed by Zoë Sadokierski

The Book of Days is an illustrated anthology from the 2015 Sydney Writers’ Festival.

The anthology is divided into two parts. The first is a selection of writing and illustrations from festival presenters. It includes excerpts of what was read or shown at festival events, previously published poems or essays, and a few tastes of as-yet unpublished work. The second part is a selection of writing and images from festival audiences in response to the theme, How to Live? These contributions were submitted via Twitter (using #swfbod) or on typewriters and index cards at the writing station. As a whole, the book is a memento of the festival experience,  a record of what was presented and also how it was received. Writers and readers, together.

The book was designed live during the festival: Zoë Sadokierski was stationed at the Walsh Bay precinct, inviting festival attendees to watch the book design process in action via a large monitor attached to her laptop.

Zoë Sadokierski has fifteen years experience designing books for various publishers and has been awarded six times at the Australian Book Design Awards. Zoë lectures in the School of Design at the University of Technology Sydney where she runs a research studio investigating the evolution of books in the digital age. In 2015 she established Page Screen Books to publish illustrated essays and artist's multiples.