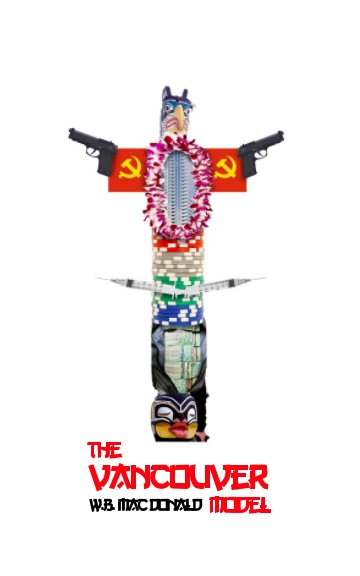 by W B MacDonald

This book may be found in online bookstores, like Amazon.com, using the ISBNs below:
Softcover ISBN:
9798210644879

International real estate broker Garland Landseer’s life is perfect—a collection of classic European sports cars, grand cru wines, and properties in Palm Springs, Paris, and Hawaii—until his wife discovers his long-term affair and leaves him, taking their three grown daughters, who are equally outraged at their father’s affair, with her.

Simultaneously the sale of a multi-billion-dollar uber-luxury real estate development along Stanley Park’s seawall is shut down by a mysterious group of protesters, putting the development in jeopardy. The story is told by Garland—brilliant, charismatic, and cynical in equal measure—who believes he can manage any project he touches including personal relationships.

As the losses pile up Garland turns his skills to importing and distributing fentanyl in an effort to keep his brokerage afloat. His wife is demanding a divorce, his absent business partner is focused on his legacy project, the money laundering criminals to whom he sold real estate want their money back, his daughters want nothing to do with him, his mistress won’t leave him alone, he’s increasingly dependent on alcohol and designer drugs, his client has abandoned him to the wolves, and, when it can’t get any worse, it does.

W. B. MacDonald
Surrey, BC, Canada

W.B.MacDonald is a writer, historian, poet, and teacher. He was born in New Westminster, British Columbia and graduated from New Westminster Secondary. He received his BA in English Literature from the University of Victoria and his MA in Fine Arts from the University of British Columbia. MacDonald worked as a writer and creative director for more than two decades in advertising. In 2011 Caitlin Press published his history book The Good Hope Cannery. In 2013 Caitlin Press published his Salmonbellies vs. The World: The Story of the Most Famous Team in Lacrosse and their Greatest Rivals. He has published poetry in many Canadian periodicals and in 2018 Guernica Editions published his The Massacre Confirmed Our Worst Suspicions. Two books of short fiction inspired by his experiences in Crescent Beach, Henry The Dwarf and Blackie’s Spit, were published in 2008 and 2015 respectively. He lives in Surrey, B.C.